Showing posts from September, 2020
Show all

From Big Sean to Lil Peep, here are the best rap albums from September. 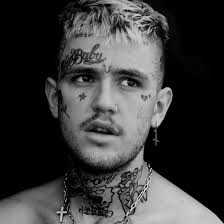 It's been one hell of a month for rap. In the last week alone we had projects from Action Bronson, ASAP Ferg, that shitboy Torey Lanez and even a deluxe drop of Lil Wayne's Carter V. Below are my picks for the best projects released this month. 5) Lil Tecca - Virgo World I have not been easy on rappers like Lil Tecca. I used to be one of those snobby turds that turned his nose up at rappers who sung/rap their lyrics. So technically speaking I know I'm way late on this but Tecca has been a rising star and this album proves he isn't a flash in the pan. While some of the lyricism is meh, the beats are fresh as hell. Best Tracks: When You Down Ft. Lil Durk, Our Time and Selection. 4) Fredo Bang - In the Name of Gee It's the hard drums mixed with piano melodies for me. Sure, it's been done before but there's something about it mixed with Fredo's gritty lyrics that makes this album note worthy. Best Tracks: No Security Ft. Kevin Gates, Clock Out and How it G
Post a Comment
Read more
More posts